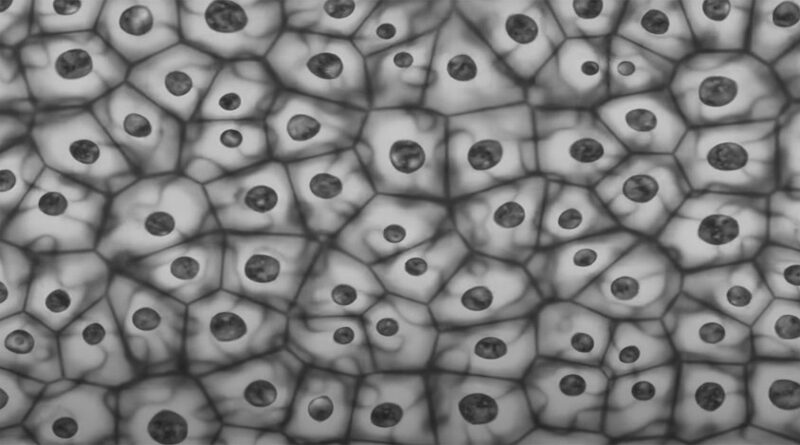 | What is Virus? | History | Structure | Classification | Types | Components | Size | How does the virus infect? | Transmissions |

A virus is an active microorganism made up of a protein-coated segment of nucleic acid (either DNA or RNA). A virus can’t multiply by itself; it has to infect cells in order to utilize the host cell’s components to make copies of it. A virus frequently causes harm to the host organism by killing the host cell in the process. AIDS, COVID-19, measles, and smallpox are well-known examples of viruses that cause human disease.

In addition to being tiny, having DNA or RNA genomes, and being obligate intracellular parasites, viruses share a number of other characteristics. Some viruses encase their capsid with a membrane envelope in order to further shield the nucleic acid from the outside world. Although a few viruses have complicated virion architecture, the majority of viruses have icosahedral or helical capsid structures. Icosahedral viruses increase the number of structural units in each face to increase capsid size.

An icosahedron is a geometric structure having 20 sides, each of which is made up of an equilateral triangle. The International Committee on Taxonomy of Viruses is the recognized authority for classifying viruses into order, family, genus, and species taxa. The classification of viruses is extremely helpful. Viruses presently come in seven orders.

A virus is a small, straightforward infectious agent that reproduces solely in the living cells of microorganisms, plants, and animals. The word for “slimy liquid” or “poison” in the name is Latin in origin.

Well, the Covid-19 outbreak/global pandemic has learned us all a lot more about viruses over the past two years. Viruses affect humans. But in reality, viruses infect a wide variety of organisms. For example, there are viruses that infect fungi and viruses that infect bacteria. By researching viruses that infect so many different species, we may learn a lot about how viruses keep themselves alive. That actually advances our understanding of the human disease.

However, the viruses that affect people make up a very small portion of all viruses. The viruses that infect bacteria and are frequently referred to as phages would have the greatest abundance. They have many of the same characteristics in common, yet they are far more numerous. The mechanisms by which viruses infect people will be thoroughly investigated in the future, as will any potential methods of preventing viral replication in human cells.

The genetic material that makes up a virus particle is contained inside a capsid, which is a protein shell. A virus’s genetic material, or genome, can be either circular or linear and can be made up of single- or double-stranded DNA or RNA.

According to the Smithsonian Magazine, the idea that microorganisms, particularly bacteria, may cause disease was well established at the end of the 19th century (opens in new tab). The root of the troublesome disease known as tobacco mosaic disease, which affects tobacco plants, has baffled researchers.

Adolf Mayer, a German chemist and agricultural researcher, published the findings of his extensive research on tobacco plants with the disease, which resulted in the plants’ leaves breaking out in dark green, yellow, and grey splotches, in a research paper titled “Concerning the Mosaic Disease of Tobacco” in 1886.

Mayer discovered that when infected tobacco leaves were smashed up and the resulting juice was injected into the veins of healthy leaves, the previously healthy leaves began to exhibit the speckling and discoloration typical of the diseased plants. Mayer guessed right when he said that the leafy juice contained whatever was producing tobacco mosaic disease.

More development and performance, though, eluded him. Mayer believed that he should be able to identify and cultivate the pathogen that causes tobacco mosaic disease in laboratory plates based on the earlier work of German doctor Robert Koch, who found the bacteria that, causes tuberculosis.

He tried to isolate the disease-causing substance and identify it under a microscope, but he was unsuccessful. He also failed to reproduce the illness by injecting a variety of known germs into healthy plants, according to Smithsonian Magazine.

A Chamberland filter, which is thin enough to collect bacteria and other known pathogens, was used by Ivanovsky to filter the juice from infected leaves. The liquid filtrate was still contagious after sifting, which suggests a new piece of the puzzle: whatever was causing the sickness was small enough to get through the filter.

Ivanovsky, however, also came to the conclusion that bacteria were responsible for tobacco mosaic disease, stating that the filtrate “included either bacteria or a soluble poison.” It wasn’t until 1898 that viruses were officially recognized as existing. According to “Discoveries in Plant Biology,” Dutch scientist Martinus Beijerinck stated that the origin of tobacco mosaic disease was not a bacterial but rather a “contagium vivum fluidum,” or a contagious living fluid, while corroborating Ivanovsky’s findings. According to Smithsonian Magazine, he called this fluid “virus,” a short form of the Latin word meaning liquid poison.

To infect additional cells and people, the contagious virus particle must be expelled from the host cell. No matter if it is dsDNA, ssDNA, dsRNA, or ssRNA, the virus’s nucleic acid genome must be safeguarded. The virus will be exposed to enzymes that might degrade or break down nucleic acid in the extracellular environment.

The nucleic acid strands could potentially be severed by physical forces like air or liquid flow. Additionally, viral genomes can be harmed by radiation from the sun or by radioactivity. The virus cannot create offspring virions if its nucleic acid genome is compromised.

In order to shield it from this hostile environment, The virus wraps its nucleic acid with a protein shell that it refers to as the capsid, from the Latin capsa, meaning “box,”. In the same manner that numerous bricks fit together to build a wall, the capsid is made up of one or more distinct protein types that repeatedly repeat to form the total capsid. This pattern of repetition creates a sturdy but slightly flexible capsid. The nucleic acid inside the capsid is adequately protected by the capsid’s physical toughness and small size, which together make it very difficult to break open. Together, the nucleic acid and the capsid make up the virion’s nucleocapsid.

The matrix proteins that serve as the link between the envelope and the capsid within are frequently found in viruses. Nonenveloped or “naked” viruses are those that do not have an envelope. Additionally, each virus has a virus attachment protein implanted in the top layer. In the case of a naked virus, this can be found in the capsid; in the case of an enveloped virus, it can be found in the envelope. The viral protein that helps the virus dock to the host cell’s plasma membrane and begins the process of entering the cell is known as the virus attachment protein.

There are 4 main types of viruses on the basis of their structure.

A virus is composed of a core of genetic material, either DNA or RNA that is encased in a protein-based capsid that serves as its protective covering. The envelope, a second spikey coat, is occasionally present around the capsid. Viruses have the ability to attach to host cells and enter them.

Each virus is made up of an RNA (ribonucleic acid) genetic material core encased in a protein shell called a nucleocapsid. A lipid membrane containing the glycoprotein spikes haemagglutinin (H) and neuraminidase surrounds the nucleocapsid (N).

The host cell dies as a result of the virus particles bursting out into the extracellular space. The virus is prepared to enter a new cell and multiply once it has been released from the host cell.

Despite the fact that most viruses are far smaller than bacteria, the Nature Education study claims that in the 1990s, researchers discovered money viruses that were comparable in size to bacteria.

Viruses straddle the line between life and non-life. RNA or DNA, the nucleic acids present in all living things, can be found in viruses. However, viruses are not regarded as “living” since they are unable to independently read and act upon the information present in those nucleic acids.

9. How does the virus infect?:

Professor of molecular biosciences at the University of Texas at Austin Jaquelin Dudley said that a virus needs a host cell to reproduce or make new copies of itself. Because it lacks the intricate machinery that a [host] cell contains, the virus is unable to reproduce itself outside of the host, she explained to Live Science. The cellular machinery of the host cell enables viruses to make RNA from their DNA (a procedure known as transcription) and to construct proteins based on the information encoded in their RNA. This process is called translation.

According to “Medical Microbiology,” a virus’s main function is to transport its DNA or RNA genome into the host cell so that the genome can be produced by the host cell.

The virus enters the host cell through the cellular membrane, where it is then consumed and transmitted into the cytoplasm of the cell. The virus will split its viral coat inside the cell into smaller cellular vesicles; release its genetic material for reproduction into the cytoplasm.

Viruses generally find plant, animal, or bacterial host cells where they can utilize the machinery of those cells to proliferate as they lack the mechanisms necessary to exist on their own. Consequently, viruses will infect host cells by one of several possible transmission pathways, including direct contact, indirect, common vehicle, and airborne transmission.

Viruses are transmitted in various ways as blew:

The direct contact transmission mechanism needs physical contact, such as kissing, biting, or physical relationship activity, between an infected and uninfected subject. Hepatitis B virus (HBV), human papillomavirus types 16 and 18, human immunodeficiency type 1 (HIV-1), and human T-lymphotropic virus type 1 (HTLV-1) are some of the most well-known transmittable viruses (HPV-16 and HPV18, respectively).

Indirect transmission occurs when the virus is spread through coming into contact with infected items or materials, such as tainted medical supplies or contaminated eating utensils.

When people are exposed to the virus through a contaminated source, such as food, water, drugs, or intravenous fluids, this is referred to as a common vehicle transmission. Several viruses, including polioviruses, coxsackieviruses, hepatitis A virus, rotavirus, astrovirus, and norovirus, are spread by the fecal-oral route, in contrast to the urine-associated cytomegalovirus.

Referring to the respiratory method of exposure to viruses, which can be transmitted by droplets, aerosols, and respiratory secretions on hands and objects are known as airborne transmission. The influenza virus, varicella-zoster virus, human rhinovirus, human adenovirus, respiratory syncytial virus, parainfluenza virus, metapneumovirus, and coronaviruses are a few of the most significant viruses that are spread through this way. 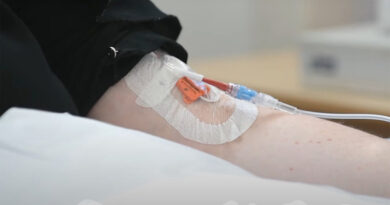 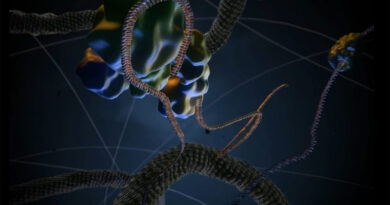 What is Ribonucleic acid (RNA)? 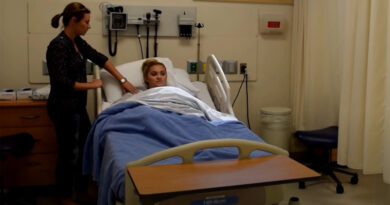